Written in 1843, A Christmas Carol has become the Christmas story and one of the most loved works in the English language. Few people know that Dickens also wrote and performed a solo theatrical version of his famous story for many years. Now you can experience the laughter, tears and joy of the original with John D. Huston as Charles Dickens.

Huston’s lovingly authentic reproduction of Dickens’ performances, developed from Dickens’ own script and working notes, evokes the magic of a Christmas Past. Huston’s astonishing tour de force presentation has played to full houses even in the middle of summer. His remarkable performance has been described as “mesmerizing”, “powerful” and “Christmas magic” by reviewers and audiences across the country.

“Huston doesn’t merely recite the theatrical version of the classic novel, he acts it out as Dickens himself. Dressed in black tails and a matching vest, Huston performs A Christmas Carol just as the author himself did on his lecture tours more than 100 years ago.” –D. Brown, National Post

“This is rare entertainment indeed, one in which the special effects aren’t generated by special effects, but by our own undernourished imaginations.” –D. Armstrong, Ottawa Sun

“Houston reads the story with dramatic emphasis, becoming all the characters, speaking in their particular voices, but also speaking in the voice of Dickens throughout.” –G. Smith, Hamilton Spectator

Presented by the London Fringe Festival

Please bring a donation of socks, hats, mittens, gloves, or toiletries as we are collecting for Mission Services of London. Thank you. 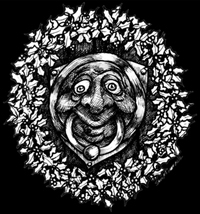