« Getting to know Caitlin Murphy

In the experience of On the Menu » 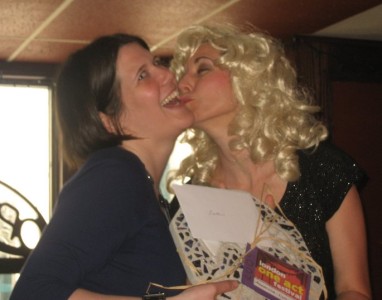 Updated May 1 with pictures from the awards ceremony.

The awards for the tenth annual London One Act Festival were handed out on Sunday, April 26 at the Black Shire Pub. Adjudicator Caitlin Murphy, who reviewed the plays over the last three days of the festival, named the following winners:

Congratulations to all of the winners and participants, and thanks to Caitlin Murphy, the festival volunteers, and organizers Maridon Duncanson, Lesleigh Turner, Janice Johnston, Sookie Mei, Anne Cuthbert, Claire Martin and Deb Chandler, for their hard work.