« In the experience of On the Menu

Be a buzz builder 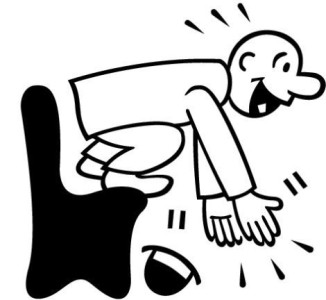 As well as being Victoria Day, today marks one month until the start of the 2009 London Fringe Theatre Festival. It’s also an appropriate time to put forward an idea that’s been brewing since I adopted this site last year.

One of the things that makes Fringe festivals tick is buzz: What shows do you have to see? Who was just phoning it in? What performer made you laugh until your sides ached—intentionally or not?

The local media, particularly Kathy Rumleski and James Reaney at the Free Press, do a fantastic job of reviewing and publicizing shows. The same goes for Theatre in London’s regular reviewers, Kenneth Chisholm and Donald D’Haene. But there’s only so much column space available, only so many days in the festival, and only so many hours in a day, which means it’s almost inevitable that some shows won’t be covered until late in the festival, and others not at all.

The Fringe forums, on the other hand, are almost unlimited: anyone can sign up and post their thoughts about a particular performance, and they’re immediately visible for the world to read. Even so, a number of shows each year go by unremarked.

What I’d like to do is get a small group of people together who, between them, will see and post reviews of every show by the end of the festival’s opening weekend. With 40 shows on the schedule, a cadre of 8 to 10 wouldn’t have much difficulty seeing them all; that’s only 4 or 5 each over three days. The reviews don’t need to be extensive or in depth—in fact, I’d recommend they be limited to less than 200 words. The important thing is that they be fair, honest and—most importantly—there.