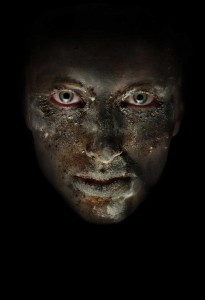 If you had to come up with a recipe for a Fringe production, fluorspar miners, standup comedy, Rachel Corrie and a masters degree probably wouldn’t be your first thoughts for ingredients.

Yet all of them contribute to Mikaela Dyke‘s one-woman show Dying Hard, which debuts at this year’s festival.

The Newfoundland native moved to Toronto a few years ago to do a masters degree in drama. A long-time improv theatre performer, she had to promise her parents that she’d give it up because “if you start doing that [in Toronto] you won’t finish your masters. They were probably right.” After successfully finishing her program she “stuck around” to take part in the SummerWorks festival, and has found consistent reason to “stick around” ever since, working in theatre, film, social art projects, and even standup comedy.

It’s the latter aspect that brought her to London in April to perform in The Big Comedy Go-To, a gig that came about after meeting Jayson McDonald on last summer’s Fringe circuit, although she’s been a visitor previously. Residents may scoff, but she’s absolutely truthful when she says “I really like London. Every time I go I’m always surprised by something else adorable about your city.”

The comedy festival came on the heels of a completely different performance, Dyke’s portrayal of peace activist Rachel Corrie in My Name is Rachel Corrie. “A one-person show is daunting,” she admits, but the experience was made easier by Rachel Corrie being a tested show that “I have a lot of connections with… when I read it I was the same age as she was when she died.”

Taking Rachel Corrie to Newfoundland afforded Dyke the opportunity to research Dying Hard, a verbatim theatre piece she developed based on interviews of fluorspar miners in St. Lawrence, Newfoundland, conducted by anthropologist Elliott Leyton in the 1970s. “I found the book in a box here in Toronto, and read it, and thought this would make a really good show, it would be a really good way to get these stories out, because they’re just amazing people and amazing stories.”

“It’s really astonishing the impact that this one thing had,” she explains, not only on the miners themselves but on their families and the small communities they lived in. “It’s such an overlooked section of Canadian history… we have this idea that we’re totally perfect, nothing bad ever happened in Canada, we’re so nice… that’s not true at all.”

Dying Hard plays at the Wolf Performance Hall throughout the Fringe. And ask Mikaela about her vintage comic book buttons; KRAKA-THOOM!