Jolly Roger and the Pirate Queen »

Count Almaviva requires Figaro’s help in order to find out if Rosine can love him without knowing about his title nor his wealth; a few years later Figaro and Suzanne would like to marry one another, and they enlist the help of Rosine against their most formidable opponent, Count Almaviva!

Figaro re-décousu brings together Le Barbier de Séville and Le mariage de Figaro by Beaumarchais. Both plays are reduced in accordance with Beaumarchais’ provision that he had written their most expended versions, and Mozart skipped the role of Chérubin. 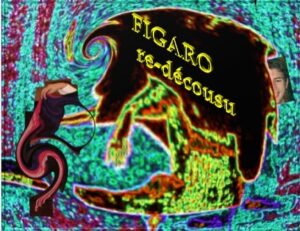