« The Keith Richards One Woman Show

Beard: A Few Moments in the Life of Roy McDonald

Roy McDonald is one of London, Ontario’s most enigmatic and beloved residents. He is a poet. Known for his long beard and almost bursting shopping bags, McDonald can often be seen busking in the downtown core. That is where the play finds him. From there, Roy recounts his life: from a confined education system, from London to Woodstock, a maze of Montreal bars to Occupy London. Beard poetically tells of a rich life, the spirit of activism and the movement of life.

Beard premiered in 2000. This updated production will feature three new scenes and more of McDonald’s own poetry. 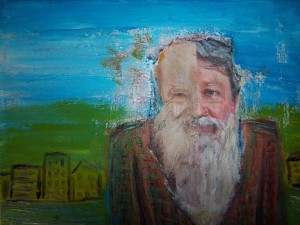