She Has A Name

Haunted by anguished voices, a lawyer poses as a john to build a legal case against a brothel trafficking girls into Bangkok. Can Jason win the trust of a young prostitute known only as Number 18 and convince her to risk her life to testify for the sake of justice?

Inspired by an event in April of 2008 in which an abandoned storage container was found in Thailand containing 121 workers from Burma, 54 of them dead, Andrew Kooman’s She Has A Name dramatically gives human trafficking a face. 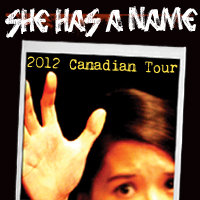 Presented by Burnt Thicket Theatre and Raise Their Voice