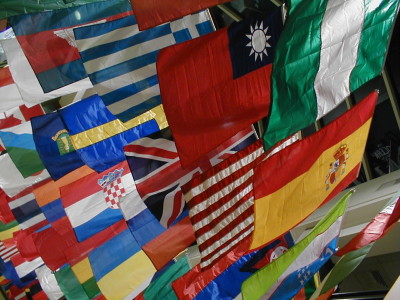 London’s multicultural community is taking theatre to a whole new level. For the first time, foreign-born Canadians in the Forest City will create theatre that is inclusive of different voices, nationalities and languages, and provide a venue for those who have a passion for theatre.

It is an opening for people who perhaps were involved in theatre in their countries of origin and want to experience the thrill of a stage or contributing to it, while volunteering and sharing their experiences about their lives as new Canadians. That’s exactly what Johanna Medina, originally from Nicaragua—who’s employed by the Ontario Works office in London—is looking for.

As a social worker, she has seen a fair share of stories from newcomers, and what they go through while trying to adjust in their new home. The Potlatch Theatre Company along with the Palace Theatre—which welcomed the idea and offered its venue—are not focusing on stereotypes or stigmas, but rather looking for stories that will not only inspire others but promote and strengthen the multicultural community through theatre.

“I will be participating in something that I’ve always had the desire to do, and not care about my accent,” said Medina, who’s fluent in both of Canada’s official languages. She sees the Native community joining the stage as educational and inspiring. “They are the first settlers of this land, so sharing stories with them makes the project more special.”

This is not your usual theatre, as shows will be written by the combining of stories that share the experience of being a newcomer in a strange place—that will include theatre, film, music, art, dance and all the artistic mediums. Stories are being collected and will be written into a script that will be performed in public at the Palace Theatre next year.

Potlatch invites Londoners to “Add your voice—add your experience—share your story.” If you have one or wish to volunteer in any capacity, you may contact info@potlatchtheatre.ca or stories@potlatchtheatre.ca. The company currently has people involved from Columbia, Brazil, Pakistan, India, Syria, Lebanon, Chippewa of the Thames, Ireland, Scotland, Canada, Dominican Republic, Venezuela, Argentina, Nicaragua, South Africa, Mexico and much more.