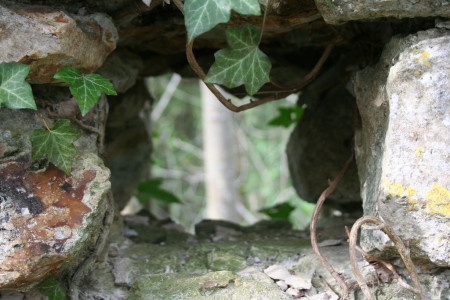 I just had dinner with a friend who suggested that—and I’m paraphrasing here—maybe one of the reasons my one-man Fringe shows have such small houses is because people don’t like to be hauled out of their seats to participate onstage. My reply—and I’m paraphrasing again (isn’t editing wonderful?)—was that I would prefer small houses of adventurous audience members to bigger houses of timid ones.

I’m for taking a truckload of C4 to the fourth wall and obliterating the damn thing altogether. I envision a theatre where you can’t tell the audience from the actors, where people re-read their programs on their way home to make sure that they weren’t, in fact, part of the cast. For over two and a half millennia, we’ve had this invisible barrier separating us from our fellows. Isn’t it about time we shook things up? What’s this barrier thing all about anyway? Some union thing?

I am fond of saying that art stands for Aggressive Risk Taking. If you’re not taking risks, you’re merely an entertainer. I’d rather be an artist.

In Marat/Sade, Peter Weiss invites us “to turn yourself inside out and see the whole world with fresh eyes.” Let us have a fresh type of theatre. And let us have audiences brave enough to enter.

My next one-man show will also have enforced audience participation. Lots.

Get used to it.