The Easter Egg looks at Bethel Henry, who has inherited the estates of both her deceased husbands, who she may have had a hand in killing, her first a professor who taught at the town’s college and her second the bishop. With each estate, she has also become the stepmother of each of her deceased husbands’ children: Kenneth, who stopped speaking the day his father died and Polly who tries to teach and help bring Kenneth back to his former self. Bethel, who is hungry for power and respect, dislikes Kenneth being made something more than her slave. In the end she must face things being returned to their proper order.

A play that could be considered Canadian Gothic by London and Canada’s foremost playwright, James Reaney. The Easter Egg begins dark and thrilling but ultimately becomes a beacon of hope. 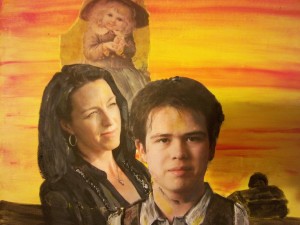