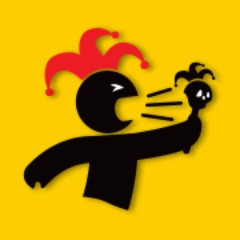 The 2013 Fringe Awards were announced at tonight’s Fringe Fried awards ceremony, hosted by Michael James Brown. In a change from previous years, the awards were determined by Theatre in London.ca’s team of volunteer reviewers.

Two awards were presented by the Fringe festival staff: Spirit of the Fringe and the Producer’s Pick.

Spirit of the Fringe
Peter Janes
Producer’s Pick, chosen by Kathy Navackas
Tara Travis (Til Death: The Six Wives of Henry VIII) and Jeff Leard (The Show Must Go On)

All recipients were given caps, to be known as “Tillees”.

A number of achievements were also noted, ranging from “crackerjack” awards (to troupers with notable accomplishments during the festival, such as taking on the most shifts) to long-term service awards for volunteers who have been part of the festival for five and ten years. Volunteers who participated in Nuit Blanche London, held on the closing Saturday night of the festival, were also recognized.

Congratulations to all of the award winners, and many thanks to all of the performers, artists, writers, directors, stage managers, techs, troupers, and Fringe staff and board members. Thanks also to Theatre in London’s review team: Emma Allison, Jo-Anne Bishop, Laurie Bursch, Erika Faust, Clara Madrenas, Bryan McLennon, Jeffrey Preston, and Kirsten Rosenkrantz.

Updated June 17 to include additional details.