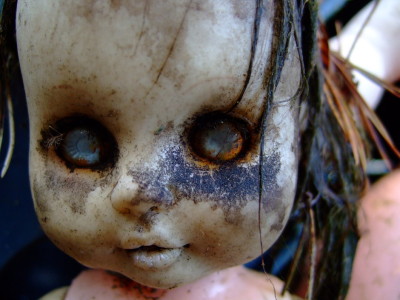 Two exemplars of the “Gothic” style have appeared in London theatres recently: James Reaney’s “Canadian Gothic” play The Easter Egg in May, and Tennessee Williams’ “Southern Gothic” Suddenly, Last Summer, currently in production at The ARTS Project. Both are excellent, effective reminders that the form’s full name is “Gothic horror”, making Suddenly a near-ideal play to produce at Halloween.

Gothic horror, introduced in the 18th century, pervades popular culture to this day, primarily through its monsters: vampires, Frankenstein’s creation, and Cthulhu, among others. While the more visual aspects easily translate to film, stage drama is often much better suited for the sort of creeping horror of Williams’ and Reaney’s work. The audience knows from near the beginning that something is up, and Gothic plays tease out their macabre secrets slowly until the full depravity of their situations are revealed, often with a character becoming completely swept up in a closing monologue revealing a level of… madness? Or terrible, hideous truth?

Despite the genre’s popularity, it tends to be pieces with more sensationalist and romantic aspects that bring in the hordes. Neither The Easter Egg nor Suddenly, Last Summer can be considered subtle—one of the defining factors of Gothic horror is its melodrama—nor are they particularly funny or light, although each has its moments of (usually uncomfortable) laughter. There aren’t any catchy ditties to break the building tension like a Little Shop of Horrors or Rocky Horror Show, both of which can only make mild claim to the “horror” in their titles, and neither of which would ever be considered remotely scary. True Gothic horrors are the sort of thing read by flashlight under bedsheets, not wanting to turn the page for fear of what’s next but being strangely compelled to find out. When done well—as AlvegoRoot and Theatre Soup have accomplished—they’re terrifying.