A poignant, dark comedy, Vigil is about an unexpectedly extended visit between Kemp, an oddball middle-aged man, and his bedridden elderly aunt whom he hasn’t seen in 30 years. His charitable act of visiting his dying aunt quickly wanes as Kemp’s unyielding, matter-of-fact quirky personality makes the audience laugh and gasp at the same time. Witness this oddly matched pair become trapped in a macabre bond that’s comic on the surface, and yet, deeply human at its core. 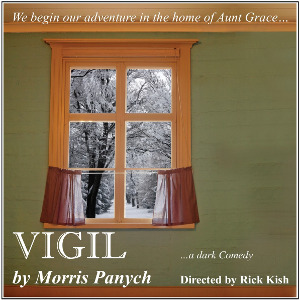