In England, in the early 1900s, a servant’s place was clearly and “naturally” defined. At least, that was how many of the serving class viewed their position, and our title character, Crichton, is no different. He takes great pride in his role as the Butler of Loam Manor, but to his frustration, he must abide by the oddities of a liberal-minded Master. Lord Loam, forcing his views of “equality among the classes” on his own household, sets in motion a series of hilarious events that, in the due course of time, will prove one man the greater, one world-view the more “natural.” 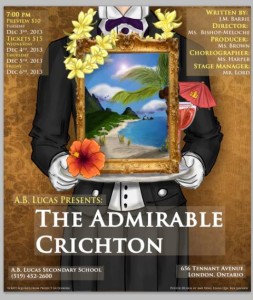