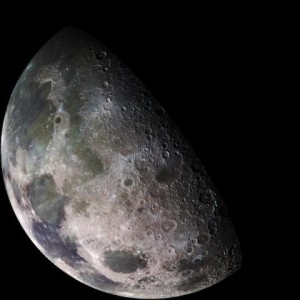 Cosmology, and the sheer philosophical grandeur it can evoke, can too often been rendered seemingly mundane by inadequate telling of the universe’s beauty. Thankfully, this dance show treats you to a magnificent display of kinetic art that feeds the mind as it fills your senses.

Where interpretive dance performance too often comes off as either obtuse or superficial, this show has a gloriously cerebral spiritualism with recordings of some of our time’s finest thinkers, like the stars of two generations’ versions of Cosmos, Carl Sagan and Neil deGrasse Tyson. With such brilliant intellectual musings about the grand scheme of existence playing, the dancers confidently display a singular confidence that encapsulates the vision of such great minds. However, why the company would seriously include Jim Carrey given his complicity in his wife’s literally sickening anti-vaccination folly is a mystery in itself.

However, even on their own, the dancers benefit from breathtaking dancing with not only beautiful music, but also astounding lighting that gives their dancing a visual magic I never thought I would see in live theatre. As they move, you will marvel at the spellbinding motion blur that you’d swear would be impossible without post-production cinematic visuals. The effect will rivet you in a way I have seen only in the visual genius of Norman McLaren’s Canadian film short masterpiece Pas de Deux.

In short, the feeding of your mind with astounding ideas to ponder is matched well with these young dancers’ giving that content an artistic splendor. This magnificent combination will create an experience that expands your mind with the wonders of life even as it nourishes your spirit.

1 thought on “One Giant Leap”