The Strange Case of Dr. Jekyll and Mr. Hyde »

Meet Uncle Burly. He’s fallen on tough times but he’s attempting to reclaim part of each day through the writing and reading of children’s books. Good animals are bears; bad animals are badgers; suicidal animals are goldfish. All of his works are illustrated by his mentally troubled friend Horse Shriek.

Uncle Burly needs fine, kind people to hear his words. He will come to your house, porch workplace, whatever – so long as you can provide ten or twenty sympathetic listeners. All Uncle Burly will ask for is a small meal for himself and the opportunity to pass around the Magic Hat of Payment. The proceeds will be going to the Unity Project, a shelter for men, women and youth experiencing homelessness and a cause that Uncle Burly believes in. 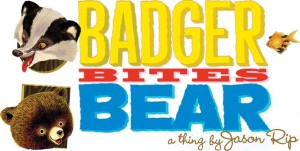