Aaron heaves his “casual virtuosity” and “comedic brilliance” into this one-man fairy tale. Thunderfoot is one of those shows that stays with you long after curtains close. 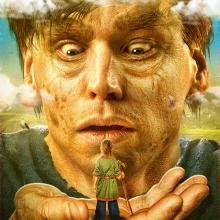