These Shoes Are Killing Me »

All of your favourite fairy tale characters are here in this delightful, hilarious play that may seem all-too-similar to a sensational TV show! When the aging king of the Magical Kingdom decides to split his empire between his three daughters, Cinderella, Belle, and Ellie (the Snow Queen, who in no way resembles a copyrighted character), terrible tragedy ensues. Terrible, hilarious tragedy. Combining the gut-wrenching plot twists and the soul-numbing despair of Shakespearean tragedy, this adaptation of King Lear will leave you dying with laughter as the body count mounts. When you play the Game of Tiaras, you win or you die. 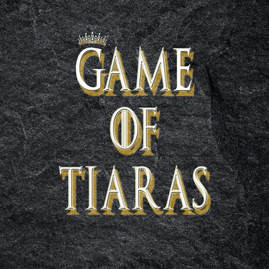