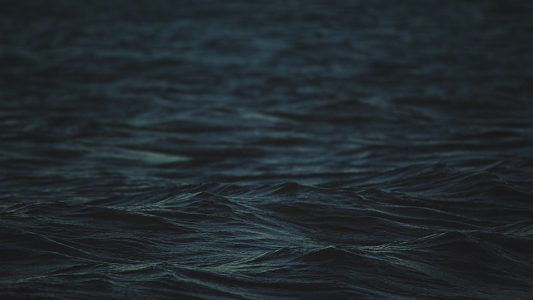 The events that occurred on July 18, 1969, on Chappaquiddick Island, Massachusetts, may no longer be common knowledge to those of a couple of recent generations. Even for those slightly older, the details may be murky—appropriately, perhaps, as many thought them questionable at the time. For some, the fictional story of Kelly Kelleher’s drowning death after a Fourth of July party may bring to mind another celebrity-involved death that’s returned to recent news, Natalie Wood’s death off of Santa Catalina Island in November, 1981. For most, it will generate a faint echo of incidents that have happened to friends, relatives, or in their own lives, particularly in and around the Great Lakes.

And a very fine performance it is, by vocalist Brianna DeSantis and pianist Megaria Halim. Dressed in black with a string of pearls, DeSantis presents Kelly’s last few hours with both vocal range and a depth of performance one might not expect from the stereotypical “opera singer”. Her presence and characterization are as strongly felt when she fills the room with soaring vocals as when she giggles and flirts with “the senator” or quietly, almost serenely, confronts her imminent death.

As an opera, Black Water is more in the Sondheim vein than Mozart. I suspect Beck’s libretto would read as well as any dramatic script, and his score is modern and complex without being difficult. Halim’s performance is sensitive and in complete sync with DeSantis’s, both technically and emotionally.

Opera is a hard sell in “small” theatre; while Pacific Opera and Orchestra London sold out performances at the Grand Theatre a decade ago, and the Western University Opera Workshop (né UWOpera) presents impressive work on campus, it doesn’t have much of an audience among the community and musical theatre crowds. That’s a shame, because companies like Little London (not to mention performers and producers like Sonja Gustafson) put forth some truly excellent shows. Black Water is one of the best I’ve seen.