The play tells the story of Lawren Harris during World War 1 and the impact war had on the artists that gave birth to the Group of Seven. This lively look at our cultural icons is unique and fascinating. 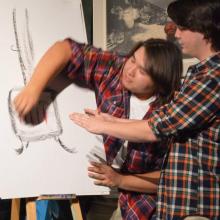