A schtick to sink your teeth into. Generation after generation. BEAVERS. Sharing the same land, the same lake, and the same nightmare depicting commercial development threatening their corner of paradise in the Laurentians, Quebec. Get wet at the best dam show! 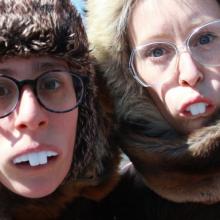