« I Was a Sixth Grade Bigfoot

Step into the sensible shoes of a house cleaner and find out what it’s really like to clean houses for a living – the weird, the annoying, and the downright mysterious!  A sense of humour really goes a long way in the high-stakes world of housekeeping!

For anyone who has ever made a mess. 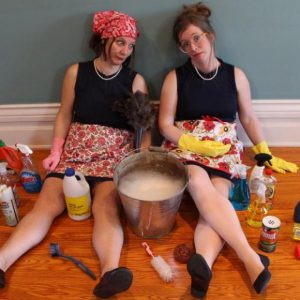 2 thoughts on “Cleaning Up”