« The Wildest Town in Canada

What YOUth Can Do »

Acute psychosis. Catastrophic illness. The genocide in Rwanda. Mirror neurons, crying on airplanes, hiding in papyrus leaves, and government plots to sell your unused brain-space. These seemingly disparate themes converge into a powerful story of personal and political recovery. Based on a true story… I think.

All proceeds will be donated to United Way Elgin Middlesex in support of community programs. 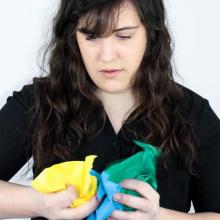