The Class of 1989 greets you for this Off-Broadway sensation as you roam the hallways, classrooms and gymnasium of their senior prom! You’ll experience the joys of prom night and vote for who will be crowned Prom King and Queen! Door prizes for anyone dressed in 1980’s wear! 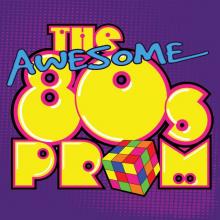