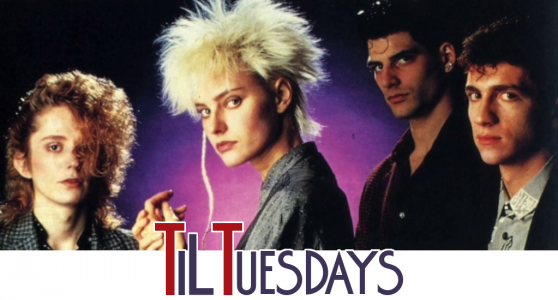 How are you doing, London theatre community?

It’s been kind of a given for the last two decades that you’re a strong, creative, and active bunch. But you’ve taken some hits in the last little while, and I know it sometimes seems like the whole world—or maybe just the city—is against you. Especially if you’re trying to find your first part, or produce your tenth show, or write your twenty-seventh script. The “theatre pubs” where you’d meet up with like-minded people have been torn down and replaced with condos (we love you, Morrissey House!); there’s a lot less available space to put on shows, not many open auditions, and the venues that are still around are jam-packed with their own programming; everything costs more, there’s less cash around from arts-backing organizations, and crowdfunding is just a different way to ask your family and friends for the money they’d have given you anyway; and there are these things called the internet and streaming and the long tail, and mega-blockbuster sci-fi/comic-book/action movie franchises that release a new 3-D IMAX D-Box Dolby Atmos something-or-other every two weeks, and they’re stealing away the people who might have been coming to see your stuff because, hey, shiny; and social media is a hellscape, and climate change, and politics, and… well, it’s a lot to deal with, and I don’t think anyone would fault you for feeling a little overwhelmed and like the whole theatre thing is just a bit less fun than it used to be.

Sometimes you wanna go where everybody knows your name, you know?

Starting Tuesday, September 18, Theatre in London.ca will be hosting TiL Tuesdays, a weekly get-together that—we hope—will be an entertaining, interesting, and fun evening for theatre people, theatre wannabes, and theatre watchers. Want to try out your new audition piece or play a dream role you’d never be cast for? Think you’ve got the right stuff to compete in stage-oriented trivia? Is there something that impresses or annoys or puzzles you about how theatre in the city happens? Got a show coming up that you want to promote? Need some inspiration, feedback, or creative sustenance? We’ve got a bunch of things in the works to address all of those, and more… and we’re open to suggestions, too.

It’ll be… different. (In a good way.) But it’ll only work if you—yes, you, reading this right now on your phone—come out to play. What do you say?