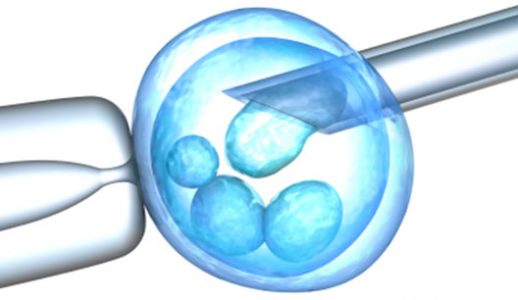 As Within the Glass opens, Darah and Michael have a problem. Linda and Scott do too, although one of them doesn’t know it yet. A simple mistake has made all of their lives… interesting, as the (apocryphally Chinese) curse goes.

[Disclaimer: The reviewer was involved with Troubadour Theatre’s first two productions; this is their third.]

Anna Chatterton’s play presents two very opposite yet very similar couples. Darah (Niki Landau) and Michael (Jeff Culbert) are quite well off financially—she’s a project manager at a Digital Extremes/Big Blue Bubble/Tiny Titan-style game developer, he’s a banker—but childless. Linda (Francesca Ranalli) and Scott (Tyler Lionel Parr) are both successful artists with a child of their own, but there’s some (possibly) financial tension between them; it seems the poetry world isn’t as lucrative as it once was, and has globe-travelling performance art ever been a profitable business? Regardless, they’ve both got enough money to go through the expensive in-vitro fertilization process that pushed them together: the clinic implanted Darah and Michael’s embryo in Linda.

There are a lot of big ideas here; the definition of motherhood looms largest (with fatherhood, or lack of same, given some airtime as well), backed up with issues of morality and justice and class to name a few. The entire play is a study in the three types of scenes put forth by Mike Nichols—seductions, negotiations, and fights—taken at their strictest and most direct interpretation, as the couples and individuals try to figure out what to do with the(ir) fetus/baby. To Chatterton’s credit, all four characters are openly selfish; Michael is diplomatic, but that seems due to other factors (which seem to develop starting at the point at which they’re mentioned, but that’s a minor criticism). As a viewer, I jumped to an option presented very late in the play almost immediately as a potentially reasonable resolution, but by the time it’s raised there’s no chance anyone would seriously consider it.

As for the production itself, the accomplished cast, all familiar to London audiences save for Toronto-based Landau, performs as well as they ever have. Director Charlotte Gowdy keeps the energy high, dialogue (perhaps a touch too) snappy, and audience focused while having the cast roam almost the entire second floor of the former Novack’s store (nicely appointed as an upscale living room and foyer by Janice Johnston).

It’s worth noting that, as with 2016’s Skylight, this is a production under Canadian Actors’ Equity Association rules, which govern and restrict the participation and compensation of the cast and production crew in a similar fashion as productions at the Grand Theatre; they’re the only other company in the city currently (and, to my knowledge, at any time in recent history) operating under Equity terms. That’s not meant to imply that the company is, has been, or will be “better” than any others in town—we have some pretty great “amateur” companies and people here, including some of those on and backstage for Within the Glass—but having a second “professional” theatre organization in town raises the bar, the stakes, and visibility for the London theatre community as a whole. All that being said, though, Within the Glass is one of the best productions in the city this year.