The beloved beagle flies from the funny page and onto the stage! Snoopy! is the tuneful, charming, and hilarious musical sequel to You’re a Good Man, Charlie Brown. Based on the beloved Peanuts comic strip, the show sparkles with wit and warmth as it depicts life as seen through the eyes of its unforgettable characters with musical numbers including Just One Person, Poor Sweet Baby, Don’t Be Anything Less (Than Everything You Can Be), Edgar Allen Poe and Daisy Hill. 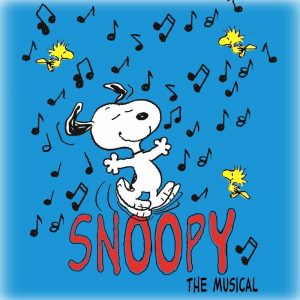