Scots on the Rocks »

On 2 December 1919, a day after selling his theatre empire for a record sum, Small disappeared and his body was never recovered. Small’s mysterious disappearance has caused many to speculate what could have happened. It has been alleged that Small’s wife and her lover killed Small and cremated his body in the London, Ontario Grand Opera House furnace – our theatre! Over the years, the Grand has played host to the Ghost of Ambrose Small with claims of sightings.

100 years later we will explore all things Ambrose Small, from the history and facts that are known, to the mystery of his disappearance and the speculations that have come from it. Hear from experts, staff and others as we share stories about the man and the myth. Perhaps you have had an encounter with Ambrose you can share as well? We have sent Ambrose himself an invitation – let’s see if he makes an appearance!

We are thrilled to have author and journalist Katie Daubs join us for this event. Katie has just released The Missing Millionaire, a book that tells the story of the Small mystery. Drawing on extensive research, newly discovered archival material, and her own interviews with the descendants of key figures, Katie Daubs offers a rich portrait of life in an evolving city in the early twentieth century. Delving into a crime story about the power of the elite, she vividly recounts the page-turning tale of a cold case that is truly stranger than fiction.

Katie Daubs is a reporter at the Toronto Star. A graduate of Carleton University, she won a William Southam Journalism Fellowship in 2016 and has been nominated for three National Newspaper Awards. Born in Forest, Ontario, she lives in Toronto. This is her first book.

During the reception portion of the evening, copies of The Missing Millionaire will be available to purchase at a special discounted price of $25. Katie will be on hand to sign books as well.

This not-to-be-missed event only happens once every 100 years! 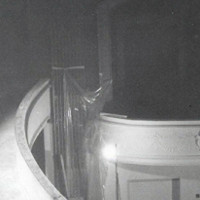