The play begins with Alison onstage and sets about, apparently, to tell the story of how the idealism of youth has led only to disappointment. The one thing she would save from a burning house is a bottle of sand from near the Dead Sea, a symbol of the sweat and blood of human effort in ancient times that by the end of the play comes to represent the memories of accumulated effort in a single human being. As Alison awkwardly tries to tell her tale, the characters involved in it suddenly begin appearing even when she does not want them to. Gradually she loses any narratorial control as the story tells itself and Alison has to relive increasingly more painful scenes from her life. 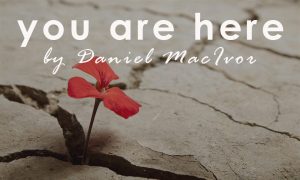