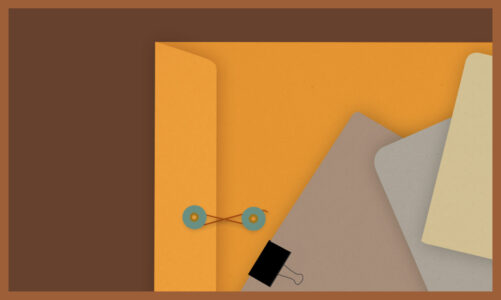 Allswell Productions’ The Romeo Initiative is a Cold War story that’s part of the long-awaited, very welcome reintroduction to live performances by London’s independent theatre community. Their description of it as “half romantic-comedy, half spy-thriller journey” is literally true, which may be both to the benefit and detriment of the play.

While this review attempts to avoid them, it’s difficult to comment obliquely on thrillers without revealing or suggesting plot points. Caveat lector.

The first act is a romance, starting with a “meet cute” between two young vacationing Germans, Karin (Mica Fage) and Markus (Matt Butler), and eventually introducing Karin’s friend Lena (Keren Kayembe). It’s to the playwright’s, actors’, and writer’s credits that this part of the story can be taken both entirely on its own merits and with the steadily rising tension hinted at by the title. Long scenes allow the audience to appreciate the actors’ performances: Butler is a mild-manneredly charming, if unkempt, leading man as he woos adorable “mouse” Fage, and against their restrained personas, Kayembe’s introduction of Lena is a bolt of comic relief energy.

The second act is a pseudo-Rashomon retelling of the first, starting just before its first moment, that leans more into the advertised thriller aspect. Unfortunately, the tension built in the first act is mostly left behind, as the second is mainly a confirmation of what members of the audience will intuit; there’s some elucidation of the story through a series of short vignettes, but until the final (emotional but, ironically, too-long) scene there’s little that’s unexpected. Fage’s prominent role in the first act is reduced in most of the second; it’s an understandable change for story purposes, but the production loses steam when she’s not on stage.

The production is performed in the round on the newly-renovated—hexagonal—Auburn (né McManus) Stage. The concept of letting the audience literally see both sides of the story is apt, but the staging doesn’t live up to it: the performance area is treated as a thrust, with all of the action happening linearly down the centre. Unfortunately that choice also leads to long changes of the set pieces during every shoe-clomping blackout, mitigated slightly by the presence of a live string/piano trio that plays through the breaks to connect the scenes. Composer/music director Ben Leibovitz’s atmospheric soundtrack helps feed both the romance and tension, and the way it twists around on itself in the second half is satisfying.

After a few years where the momentum of the local community had waned, and then was completely interrupted, The Romeo Initiative is an ambitious return to in-person performance for a young company. With luck we’re seeing the first signs of reawakening in the city after a long hibernation.

(For those who are concerned: the Grand and Allswell require proof of vaccination for entry and the use of masks while seated to help keep audiences, performers, and crew safe from COVID-19. I appreciate and applaud the companies and venues that continue to follow these protocols.)