In 1888, esteemed actor, Richard Mansfield, began his run in the dual role of Dr. Henry Jekyll and Mr. Edward Hyde at the Lyceum Theatre in London’s West End. It was an artistic triumph, albeit a financial failure. T.R. Sullivan’s script, while modifying Robert Louis Stevenson’s original to include a fiancee for Dr. Jekyll has been the basis for many of the adaptations of the famous story.

While the Ripper Murders raged on during the summer of 1888, Richard Mansfield, due to the reality of his portrayal of Hyde, garnered suspicion, for a time, as Jack the Ripper.

Fast forward 20 years later, to 1908 – Mansfield, having passed away in 1907, is being honored as a remount of Jekyll and Hyde is being commissioned at the very theatre it was last performed in. Frederick Douglas, an American thespian, has been brought over to command the role Mansfield made famous.

Rehearsals are underway and Douglas is struggling to capture the essence of Hyde. With opening night fast approaching, everyone is on edge – especially Douglas, who has had a strange visitor haunting him during the rehearsal period. 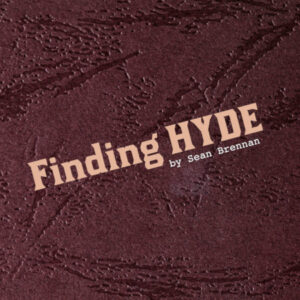