King Lear is Shakespeare’s greatest tragedy. It tells the tale of an aging king who decides to divide his kingdom between his three daughters, in accordance with how much each of them loves him.

When the youngest daughter refuses to lie to her father for profit, the King’s vanity and pride destroys not only relationships with his family, but wreaks havoc on his kingdom and lays the groundwork for treachery against his legacy. 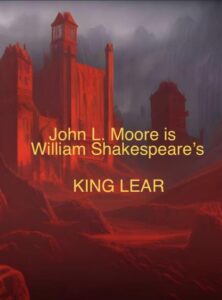