Ausable Theatre was created in 1998 by Artistic Director Jeff Culbert. From the outset, Ausable’s priority has been to work from excellent scripts which have rarely or never been produced in this region. Included in our playbills are Robertson Davies plays and world premieres, mostly from London playwrights.

The Designated Mourner is a series of events of three characters told in monologues and dialogues shifting from one character to the next. The tone of the piece is conversational and direct, giving the audience the feel that they are listening to these characters at a dinner party. The subject matter is at times somber and melancholy; sometimes funny. The world-weary humor finds its way into the material which becomes both entertaining and poignant as we slowly realize the fate of their small social group of intellectuals, who are first watched by the the government; and then later imprisoned (presumably for their political views). By observation the audience realizes that the complacency and comfort this group of educated prominent citizens feel about their place in society has been an illusion, as their political freedom slowly slips from their grasp, as the government becomes more onerous and suspicious. A play with an ending that is a beginning.

END_OF_DOCUMENT_TOKEN_TO_BE_REPLACED 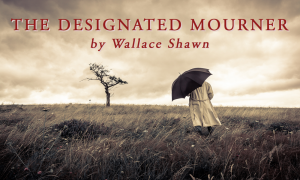 Forks of the Thames, 1812. The Americans just invaded Canada. The choice they offer the locals: submit or face extermination. A militia captain, an American sympathizer, a Chippewa scout, and two Quaker pacifists have to make some decisions. 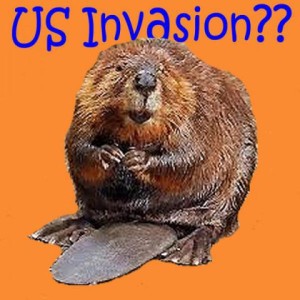 Choose, But Choose Wisely follows the life of ordinary settlers in London Township during the War of 1812, desperately trying to eke out a living while caught between two giant military powers. As British subjects, they are expected to fight alongside the local militia. The invading American General promised to do Upper Canadians no harm, as long as they refuse to take up arms against the US Army. And if they do, US soldiers will take no prisoners. What choice will they make?

A solo play, with songs. 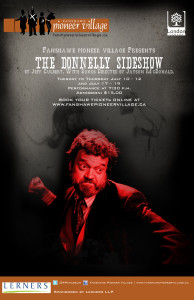 Johnny O’Connor was the boy who hid under the bed during the Donnelly murders of 1880. Now he’s back, all grown up, packing a guitar and ready to set the record straight about the Donnellys. A new solo show, with songs, written and performed by Jeff Culbert. 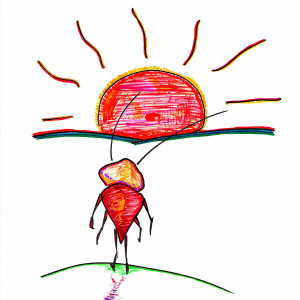 For Archy the Cockroach, it’s reform or revolution — something’s gotta give.

archy and mehitabel is Jeff Culbert’s stage realization of the classic works by Don Marquis. Originally printed in The New York Evening Sun and The New York Tribune during the first half of the twentieth century, Marquis’ columns feature Archy, a poet reincarnated as a cockroach, and Mehitabel, a cat who claims to have been Cleopatra in a former life. Together they wax poetic about (and occasionally rage against) the ins and outs of the modern world, and share a kind of humanity not often seen in non-humans.

The barnyard is quiet, the midway is dark, the park is empty. It’s the last day of the Fall Fair, the last day of our acquaintance, and the last time I’ll ever eat a deep-fried Mars Bar.

Please join us for the workshop presentations of these brand new touring shows!

$15 for both shows
Pay What You Can performance Wednesday, March 11 @ 8PM

In Running Rude, the ever-squabbling environmental activists Rudi and Boot are out to change the world, beginning from the heart of London, Ontario.

One-Man Masque is James Reaney’s audacious attempt to roll the possibilities of life and death into a single poetic one-man play.

The End of Civilization

In The End of Civilization, a middle class couple moves into the room. They are victims of corporate down-sizing, desperately seeking employment in a new town, but hounded by the fear that they may lose it all. It has Walker’s trademark comedic touch, but like Problem Child, it is also an exploration of the darker side of human experience. Critic Vit Wagner called The End of Civilization “the best of the bunch”.

Following up our highly acclaimed production of Problem Child, by George F. Walker, Ausable Theatre returns to the Grand’s McManus Studio Theatre this November with two more Walker plays that are set in that same rundown motel room.

The plays will open on consecutive evenings — Risk Everything on Thursday, November 27th and The End of Civilization on Friday, November 28th — and then run through to Saturday, December 6th.

All of these plays are from a series called Suburban Motel — six George F. Walker scripts that are all set in a single motel room. By running the two plays in repertory, Ausable Theatre is trying to capture the spirit of the series — that a single motel room is the setting for hundreds of stories, told and untold. The set used in Problem Child, designed by London artist and city councillor candidate Judy Bryant, will be resurrected for the latest production.

Of these George F. Walker plays, Ausable Theatre’s Artistic Director, Jeff Culbert says, “I think that the Suburban Motel series contains some of the best Canadian plays ever produced. It’s funny and exciting and compassionate theatre, and it’s an absolute delight to work on these brilliant plays.”

Risk Everything is the sequel to Problem Child, and it follows the main couple, Denise and RJ, as they deal with Denise’s mother Carol, a sexy, lying gambler with a lust for life. The play is a wild comedy — a life-or-death romp about living life to the fullest.