The Trials of Robin Hood

Robin Hood: a lusty hero, a lovelorn fool or an evil, albeit stupid, criminal? Upon his return from the Crusades, King Richard sifts through conflicting stories about Robin Hood to figure out what happened in his absence. Told from the testimony of Robin himself, Maid Marian and the Sheriff of Nottingham, this family-friendly comedy combines three different stories into one hilarious trial. 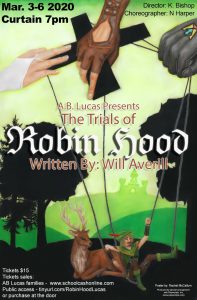 Led by the rebellious but charismatic Jack Kelly, the newsies team up with Davey Jacobs, the brains of the strike, and a young reporter, looking to make a name for herself in a man’s world. Risking empty bellies, violence from the strikebreakers, being replaced by scabs and fear of being locked up in the Refuge, the newsies stand up for their rights and demand to be treated fairly for the work that they do for Pulitzer. Katherine Plumber, trying to break into covering “hard news” provides a voice for the children’s message and reminds the grown ups that the world is changing as the new century approaches. The voices of child labourers, women, the oppressed and the exploited refuse to be silenced as David faces Goliath. 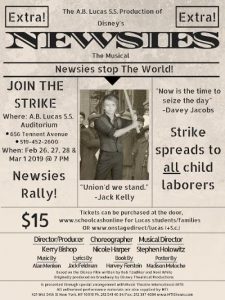 Peter and the Starcatcher

Peter and the Starcatcher upends the century-old story of how a miserable orphan comes to be The Boy Who Would Not Grow Up (a.k.a. Peter Pan). From marauding pirates and jungle tyrants to unwilling comrades and unlikely heroes, Peter and the Starcatcher playfully explores the depths of greed and despair… and the bonds of friendship, duty and love. 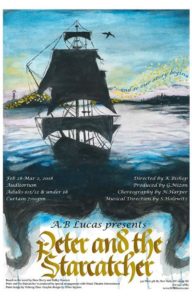 “Something is rotten in the state of Denmark”

Most young people look forward to a visit home after being away at university, but what if you are a young Danish prince who comes home to find his royal father unexpectedly dead, and his newly enthroned uncle now married to his far too recently widowed mother?

The opening of Shakespeare’s Hamlet places the young prince in an untenable situation, so it is no wonder that in his first soliloquy he ponders the meaninglessness of life and even the possibility of suicide. The appearance of his late father’s ghost, however, reveals that the King’s death was no accident: Hamlet’s Uncle Claudius murdered his own brother, seduced his wife and took his throne – the throne that should have gone to young Hamlet.

But this is no simple revenge tale. The power of Hamlet comes from its intimacy. The audience spends more time inside Hamlet’s mind than any other character in Shakespeare. We follow Hamlet’s introspective discourse as he wrestles with questions of morality and existential purpose, all while navigating a labyrinth where few people are who they seem to be; where everyone’s motives are suspect; where the line between madness and sanity is blurred; and where each new movement of plot only highlights the depths of festering corruption in the kingdom. Hamlet’s friends are brought in to spy on him; his girlfriend Ophelia becomes a pawn to deceive the prince; and poison is everywhere from spoken words to the tips of swords. As the play reaches its climax the layers of carefully built deception come crashing down on both the just and the unjust, leaving, in this play of questions and ambiguities, few of those questions answered, and even more questions to ponder.

What happens when a noble and successful Scottish general and his devoted wife receive a prediction of becoming the most powerful couple in the land? Selfish ambition, creepy witches, deception, murder, ghosts, and madness are the result. From the opening battle to the final duel The Tragedy of Macbeth by William Shakespeare is tainted by blood and by the struggle of its main character who agonizes over his desire to be noble, and his thirst for power. 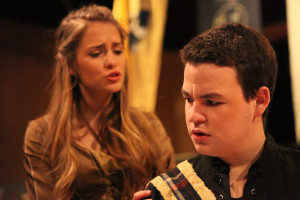 The curtain rises on a present-day musical theatre fanatic eager to tell you about his favourite Broadway musical: The Drowsy Chaperone. He’s the ultimate Every-fan and Drowsy is his guilty pleasure.

As he begins listening to the rare cast recording, the show cleverly and magically blooms to life, telling the hilarious tale of a pampered Broadway starlet and her debonair fiancé, an overzealous producer, a dizzy chorine, the Latin lover, a couple of bumbling gangsters and of course the drowsy chaperone herself. Ruses are played. Hijinks occur. And the plot spins everyone into musical comedy euphoria.

Each week, our cameras will reveal who will score the lead roles, how the sets and props are created, and how three individual productions come together on opening night. Meet the cast members, the drama teachers, the musicians and the performing artists who make words in a script come alive with music and emotion—from lighting, costume design and hair and make up to band rehearsals, dress rehearsals and opening night, the Rogers TV cameras will be there backstage to on stage front and centre. 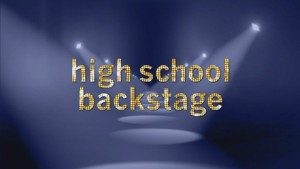