London, England, 1913: opium, suffragettes, and… Fairy Dust and saucy mermaids? George Darling, a journalist, works tirelessly to expose the secret connection of mysterious stars appearing around London and the increasing crime rates, while attempting to raise his rambunctious daughter, Wendy Darling. Just as George is about to pull the last thread to unravel the mystery, we are transported into the secret world of Neverland: a criminal society run by the elusive Captain Crook, and Inspector Ewan Smee. Determined to keep their society safe, the criminal leaders send Peter and Shadow, two charming but niave pickpockets, to sabotage the work of Mr. Darling. But chaos ensues as the boys accidentally kidnap Wendy and must seek the help of an old flame as the meaning of the stars of London is revealed, and darkness begins to spread.

A devised reworking of J.M Barrie’s Peter Pan by the first ever Twisted Ensemble, the play discusses moral responsibility of the media and law enforcement, and the clash of political ideologies.

COME ONE, COME ALL!

In honour of New Twist’s launching show, we have decided to host a party to celebrate the coming of Peter Panhandler and the reveal of the official show poster! This production has been in the works for two years (since July, 2015 to be exact) and is ready to take the stage in June – so let’s make memories, and enjoy the build-up!

Wine, lingerie and lube… and lots of it! This is all Laurel and Elliot can remember from their steamy night together. But suddenly, the clock starts ticking for Laurel as she needs to get ready for a blind date and a dead body in her apartment. “More wine, anyone?” 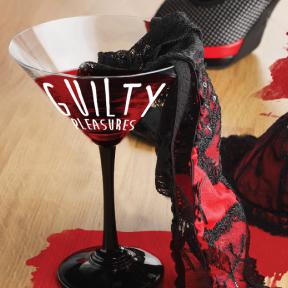