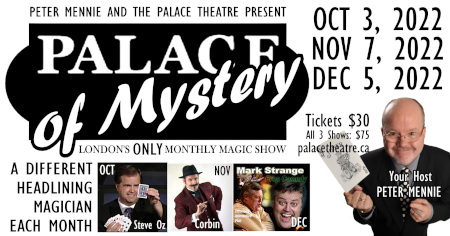 The Palace of Mystery is a live, parlour-sized evening of magic, mystery, comedy and wonder! The show is ninety minutes of ‘perfect parlour prestidigitation’ starring the area’s top cabaret magicians.  The magicians each bring their own style of magic each month.

October 3: Steve Oz and Paul Joyce
Steve Oz opened the show last spring with his incredible comedy mand-reading show. You may also remember him from his record-breaking run as ‘Miracle Max’ in the London Fringe and also quite possibly from his many appearances at corporate events in SW Ontario.
November 7: The Amazing Corbin
Corbin was the producer and host of London’s original magic cabaret, Magic at the Marienbad – a sell out for it’s two year run.
December 5: Mark Strange
We think his name says enough.

In 1840, the incomplete shell of a Wesleyan Methodist church served as London’s first theatre building, the Garrison Theatre. Located on the southwest corner of Queens Avenue and Wellington Street, standing trees supported its board roof and seating for some 200 people consisted of boards laid over stumps. It was a rudimentary structure, but an entertaining escape from the everyday for audiences and the amateur actors — officers of the garrison — who staged the plays.

Since then, much has changed. That first improvised theatre gave way to more elaborate structures, among them the Grand Opera House and then the Grand Theatre. The players changed too. Big enough to become a stop along the circuits of traveling professional companies, late-19th century London hosted a range of entertainers and hundreds of productions.

The advent of movies in the early 20th century heralded yet more change and amateur traditions were revived. London’s Little Theatre blazed onto the scene, and by the 1970s, its success pushed it to turn professional — Theatre London was born. Today, theatre thrives, with many opportunities to create and experience it in our city.

The Play’s the Thing — a line from Shakespeare’s Hamlet — will usher you through London’s colourful theatrical past and present. Organized around the themes of places, players, and plays, and through a combination of artifacts and images, you will meet interesting characters, see unusual objects, and feel inspired to explore theatre history. 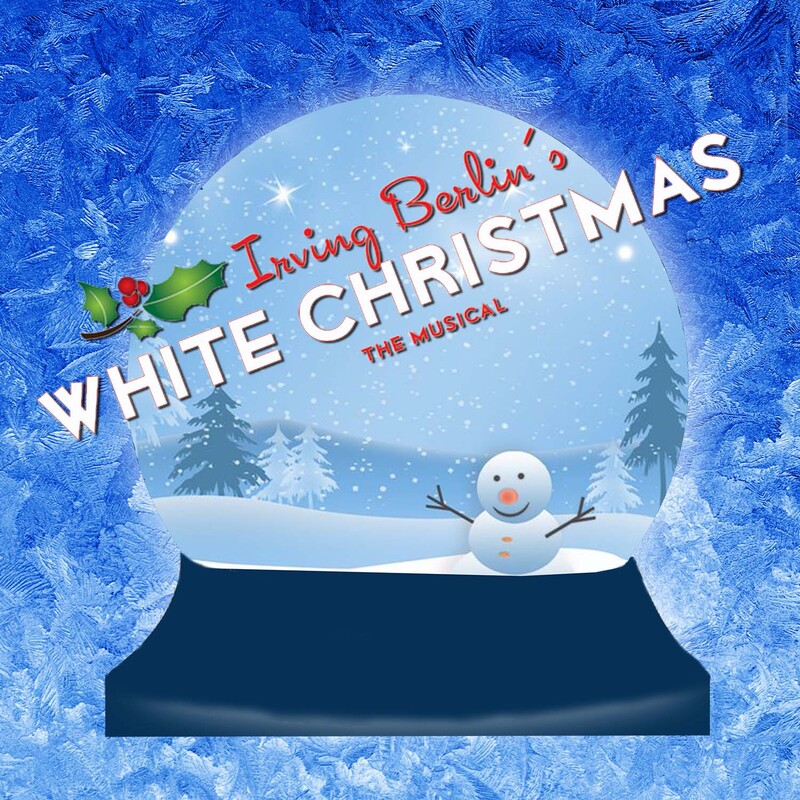 May your days be merry and bright! Based on the beloved Paramount Pictures film, veterans Bob Wallace and Phil Davis have a successful song-and-dance act after World War II. With romance in mind, the two follow a duo of beautiful singing sisters en route to their Christmas show at a Vermont lodge, which just happens to be owned by Bob and Phil’s former army commander. With a dazzling score featuring well-known standards including “Blue Skies,” “I Love A Piano,” “How Deep Is the Ocean” and the perennial title song, White Christmas is our heartwarming gift to you this holiday season. 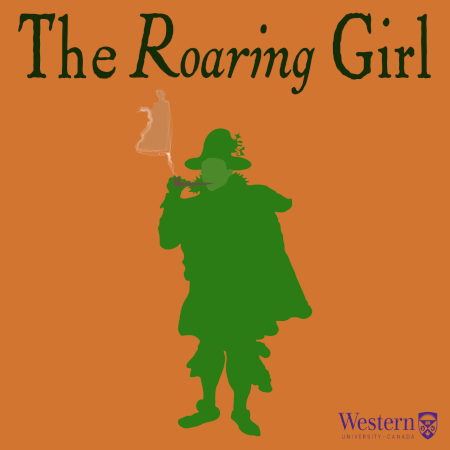 It’s London, England, 1611. Sebastian Wengrave is in love with Mary Fitzallard, but his father, Sir Alexander, refuses to allow the marriage. Enter Moll Cutpurse, the wild and rebellious roaring girl, to help Sebastian and to play havoc with the local citizenry. The Roaring Girl is a rollicking comedy that will warm your heart and make you see the women of Shakespeare’s time in a whole new light. 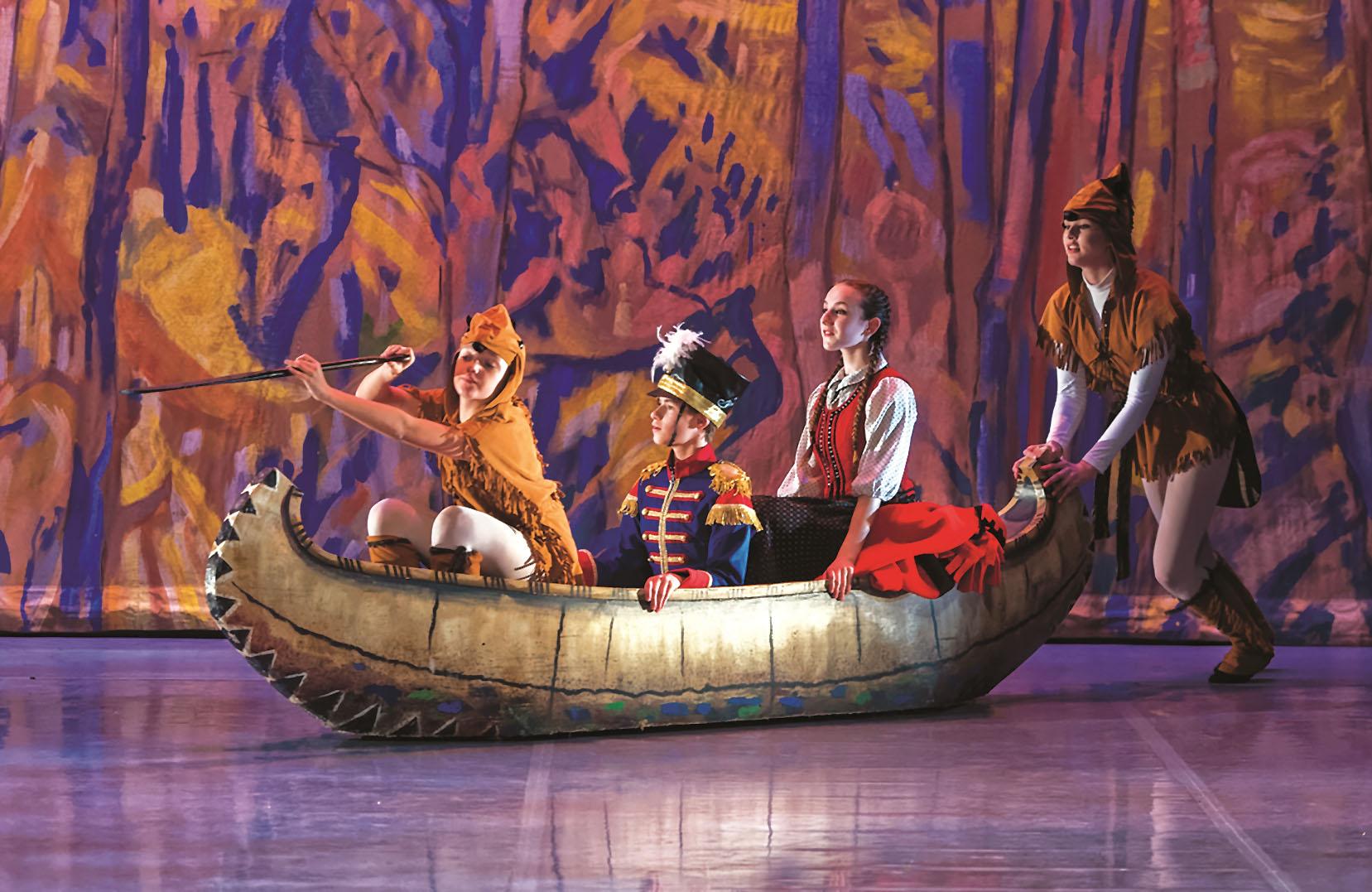 Ballet Jörgen’s seasonal classic sparkles with holiday magic year after year. Set to the much loved Tchaikovsky music, and in collaboration with the McMichael Canadian Art Collection, this quintessentially Canadian Nutcracker features the vibrant works of the great Group of Seven landscape artists. Join Klara as she embarks on her magical dream journey through our northern landscapes filled with snowflakes, trilliums, loons, chipmunks and other delightful woodland creatures. Ballet Jörgen Canada’s Nutcracker is a national treasure destined to warm the hearts of young and old alike. 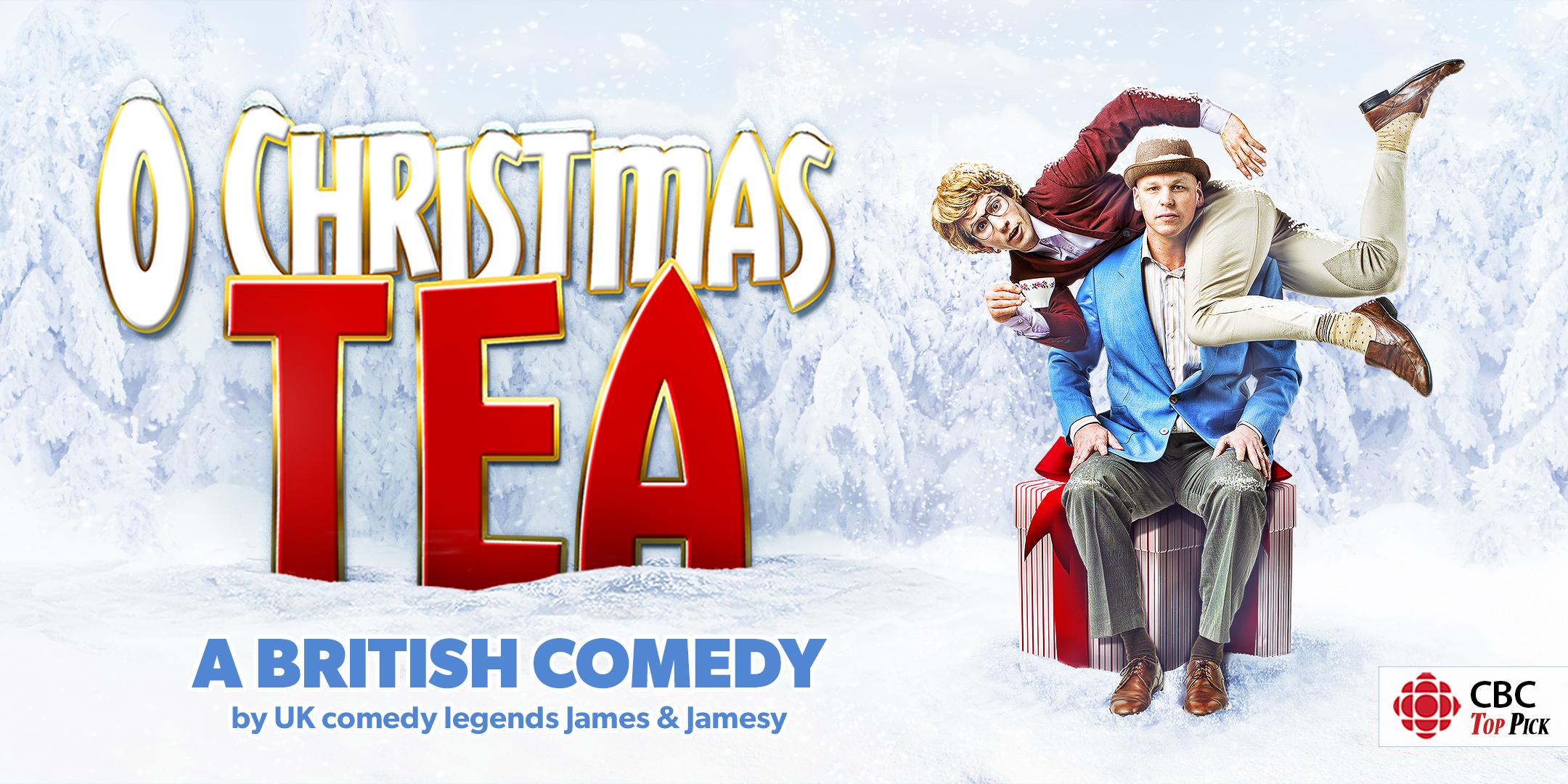 Rich in wordplay, comic physicality, and cleverly crafted interactive elements, O Christmas Tea is uproarious fun, yet it is the duo’s boundless imagination and endearing chemistry that provide the real magic and heart of this play.

When catastrophe strikes at James and Jamesy’s Christmas tea party, flooding the world with tea, the duo conjure wildly funny solutions to stay afloat, and sweep the audience out to sea in a jolly aquatic escapade brimming with whimsy, action, and ingenuity in a celebration of friendship at Christmas. 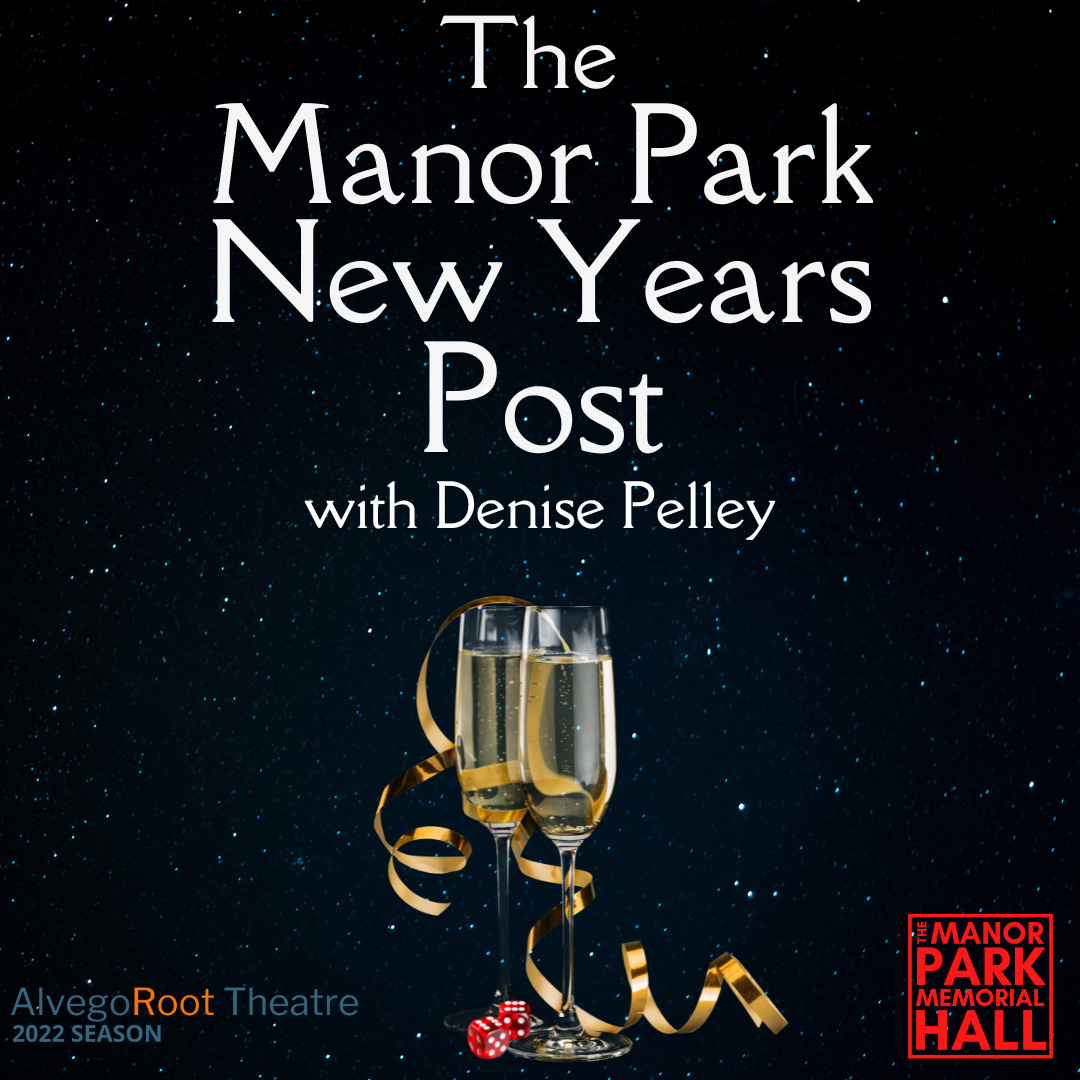 Ring in the New year the right way with a Manor Park Evening Post New Years Special! The evening starts off with the variety show, followed by a light buffet dinner and then music and dancing up to and past midnight! 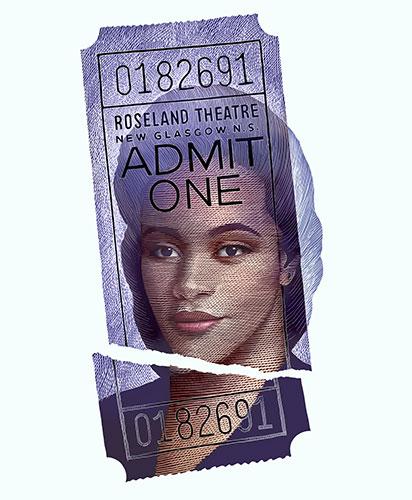 On November 8, 1946, Black Nova Scotian, Viola Desmond walked into the whites-only section of the Roseland Theatre in New Glasgow, Nova Scotia. Unaware that the theatre was segregated, Viola took a seat on the main floor, instead of in the balcony where Black patrons were expected to sit. She was eventually arrested and dragged from the theatre.

Controlled Damage illuminates the story of Viola Desmond – a woman who took a stand against racial discrimination, by taking a seat at a theatre. 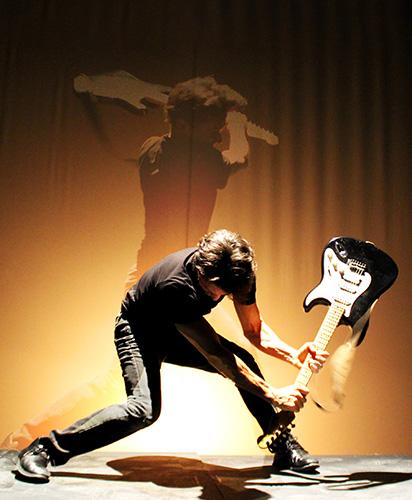 If you were given 100 minutes to encapsulate the essence of Generation X, where would you start?

Picking up where Boom left off—at Woodstock in 1969—Boom X tackles the music, culture, and politics of Generation X. Surrounded by stunning visuals, over the course of 100 minutes, Rick Miller plays more than 100 famous people—musicians, celebrities, politicians—in his own story of growing up and trying to navigate the tangled legacy of the Baby Boom. 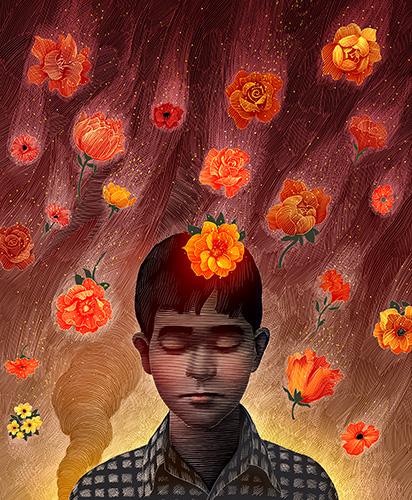 Homes: A Refugee Story tells the remarkable true story of the Al Rabeeah family and their harrowing journey in finding a safe place to call home. From Iraq, to Syria, to Canada, in this heart-wrenching solo performance, audiences will join the young Abu Bakr Al Rabeeah as he recounts his years in Syria and the juxtapositions of growing up in a war zone: horrific, unimaginable events punctuated by soccer, cousins, video games, and the love of friends and family. 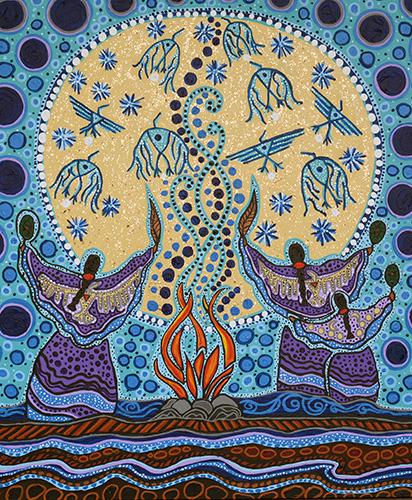 Derived from the Michif word for “leftovers stew” or “big pot,” Rubaboo will take audiences on an intimate, moving, and joyous musical journey – guided by powerhouse, Métis performer, Andrea Menard. An award-winning singer-songwriter and actor, Andrea’s lyrical voice and masterful story telling will envelop you into the beauty of Métis culture. Featuring the sounds of drums and guitar, this grand musical feast will include songs of reconciliation, unity, love, frustration, and resilience. 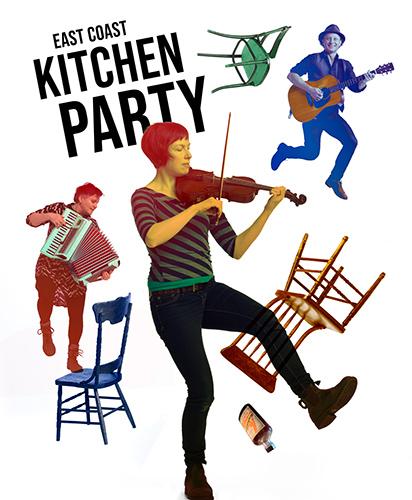 Celebrate a Maritime tradition! East Coast Kitchen Party offers an authentically Nova Scotian experience. It’s a concert celebration set in a kitchen, where the instruments come out, and friends start to play some of the best music that the East Coast has to offer. Each performance will see the stunning cast of Maritimers, joined by an outstanding lineup of London, Ontario musicians, who will drop in to give the party a very local flavour.

This is the perfect opportunity to grab your friends and family, raise a glass, and celebrate the music that defines us – and the music that binds us. 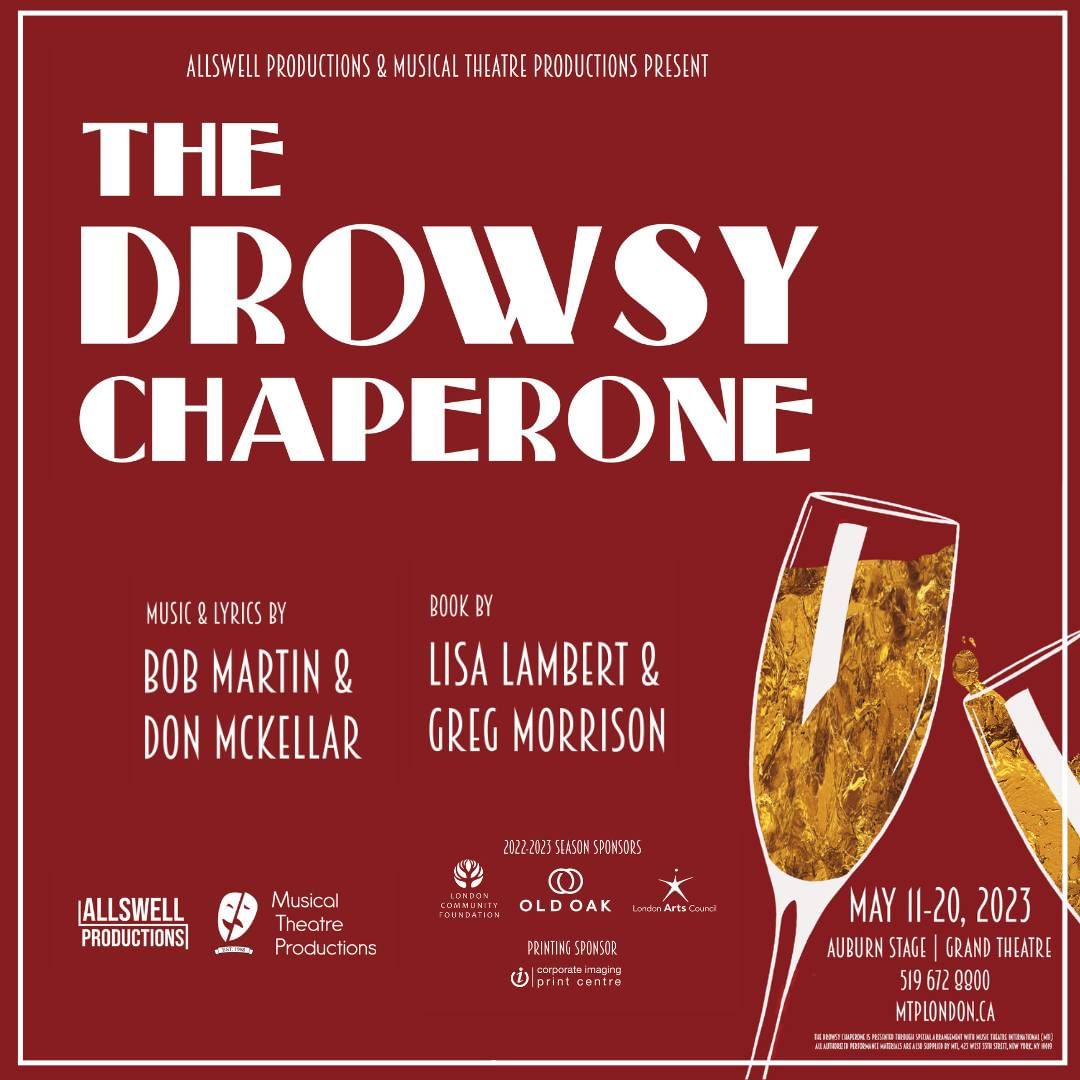 The Drowsy Chaperone is a loving send-up of the Jazz Age musical, featuring one show-stopping song and dance number after another.

With the houselights down, a man in a chair appears on stage and puts on his favorite record: the cast recording of a fictitious 1928 musical. The recording comes to life and The Drowsy Chaperone begins as the man in the chair looks on. Mix in two lovers on the eve of their wedding, a bumbling best man, a desperate theatre producer, a not-so-bright hostess, two gangsters posing as pastry chefs, a misguided ladies man and an intoxicated chaperone, and you have the ingredients for an evening of madcap delight.